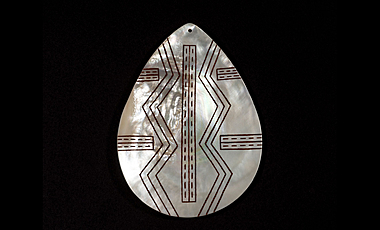 North by East West: Re–igniting a cultural connection through pearl shell celebrates the relationship between Torres Strait Islander and Aboriginal cultures through a shared history based around the pearl shell, which was used both as a cultural medium and a commodity for industry. The traditional cultural practice of pearl shell carving and design continues today in the Torres Strait as well as the Kimberley Coast by contemporary artists through the creation of wood sculptures, fine jewellery, etchings and prints. The exhibition includes works by Torres Strait Islander artists, Sam Savage and Joel Sam, and two Bard artists, brothers Darrell Sibosado and Garry Sibosado.

Historically the Bard and Torres Strait Islanders practised the art of pearl shell carving. Both groups used the technique for adornment objects in ceremony. Each carving design has a story that teaches us about the sea, the land and the people. Today the intricate practice of pearl shell carving has continued to pass down stories from one generation to the next.

Today, pearl shells and traditional designs are incorporated into intricate contemporary jewellery designs. Pearl shell carving has also been reimagined onto works on paper, where stories are told through printmaking, etchings and graphic designs. Both cultural groups share a common ground by featuring the pearl shell in their respective artistic practices, including dance and music.

North by East West: Re–igniting a cultural connection through pear shell is co-curated by, and presented in partnership with the Cairns Indigenous Art Fair, and is supported by the Australia Council for the Arts. 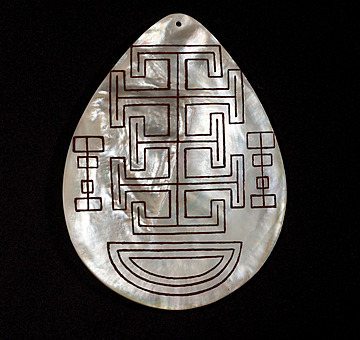 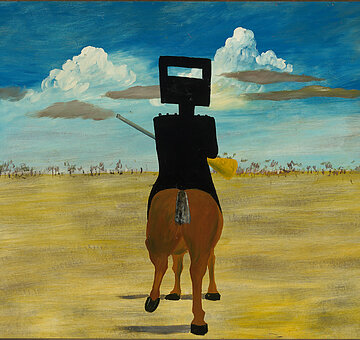 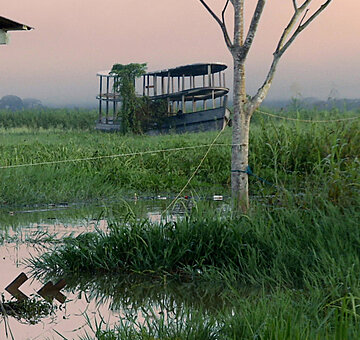